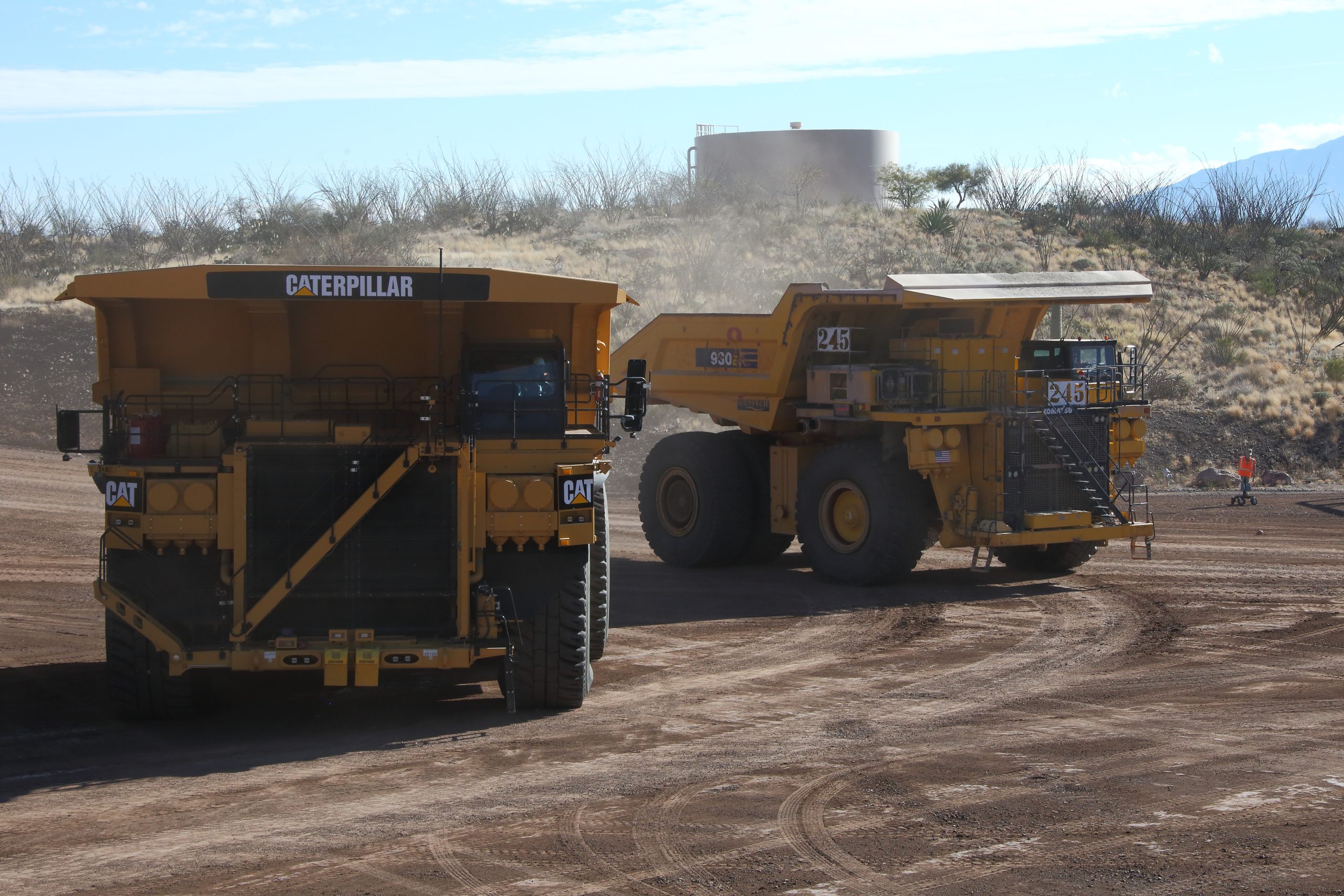 Caterpillar has been investing in autonomous development for decades and has long been recognized as the industry leader with the world’s largest autonomous fleet of haul trucks.

It’s easy to see why customers across multiple industries are interested in autonomy – driverless trucks are safer and have up to 30% improved performance over those with operators. 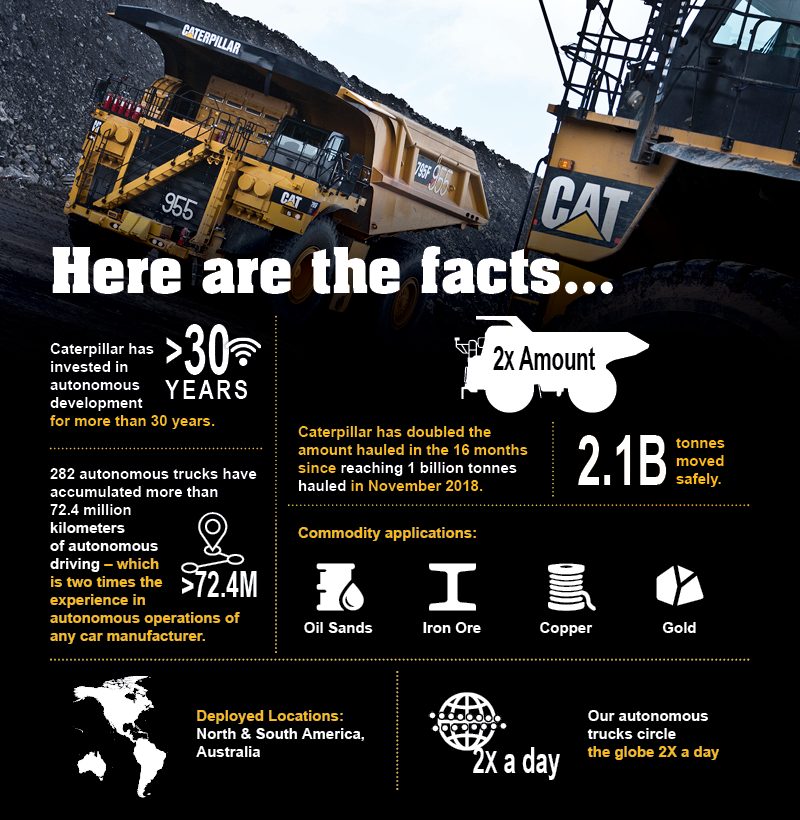 Caterpillar debuted their first autonomous mining truck at MINExpo in 1996. Now, the Cat system makes it possible to operate different brands and sizes of trucks as well as manned trucks and autonomous trucks in the same space, breaking new ground in autonomous equipment for mining, quarry/aggregates, and construction industries and beyond.